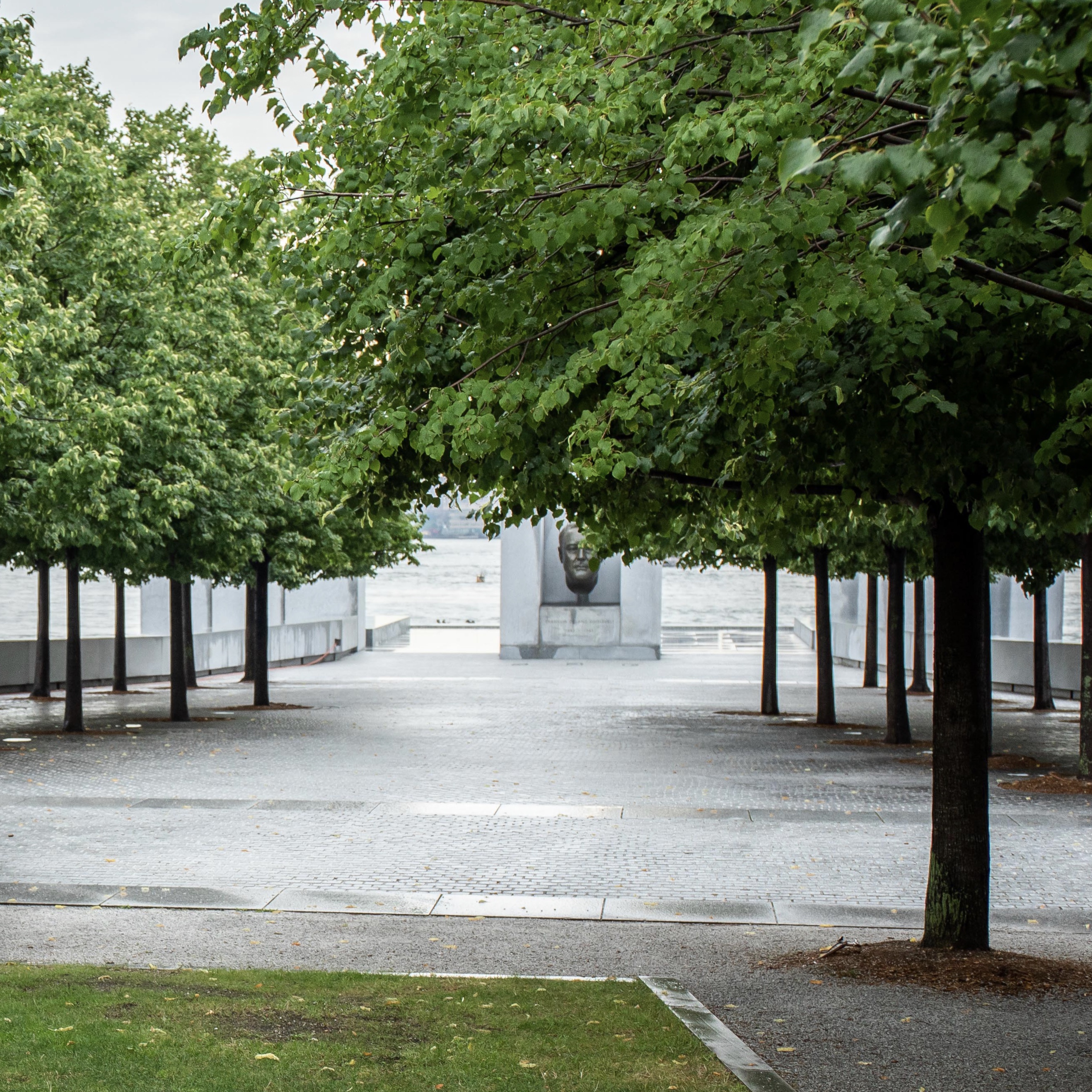 Four Freedoms Park, located on the southern tip of Roosevelt Island in NYC, is the last work of the late Louis I. Kahn, an iconic architect of the 20th Century. The Park celebrates the Four Freedoms as pronounced in President Roosevelt’s famous January 6, 1941 State of the Union speech.